Since January of 2008, Dawn has worked as a printmaker and continues to insist that she is a printmaker. However, when the printmaking gods are not with her, Dawn retreats to her comfort zone and the results are structural textile pieces stitched entirely by hand from fabrics, fibers, beads and found items. Dawn is strongly influenced by natural history, both real and imagined.

Dawn is a juried member of the Saskatchewan Craft Council in both printmaking and mixed media. Her work has been seen in solo and group shows in Saskatoon, Santa Monica, Seattle, Brooklyn, and Austin. Through the SCC she shows her work in the SCC Boutique, Art Now and the HomeStyles show. Dawn also shows her work through Black Spruce Gallery in Waskesiu and Northern Lights Gallery in Melfort.

Dawn has lived on two continents, in three countries, three provinces, two states and eight cities. She grew up in Saskatoon and recently moved back after living in the US for 16 years. She is proud of her prairie roots. 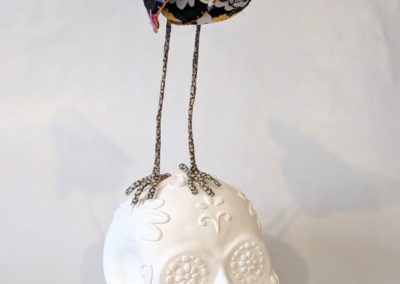 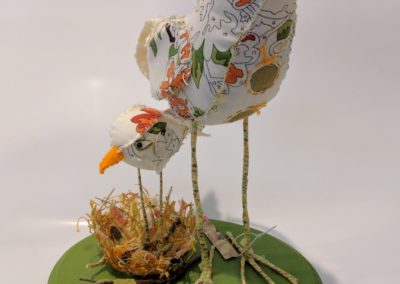 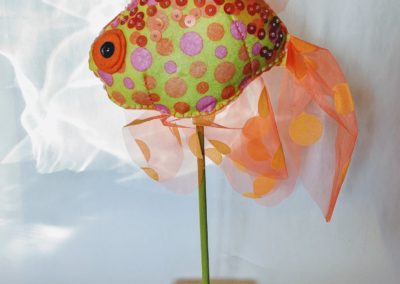 The Art of Dawn Rogal