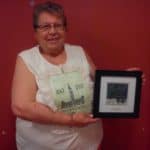 Marcella was fascinated in her early years watching her great Aunt Ida making Bobbin Pin Lace.  She moved those bobbins so fast, and made beautiful lace.  So she began stitching at age 10, taught by her mother and encouraged by her cousins.  The first project was a sampler of stitches in the shape of a Christmas tree.  After several tea towels, pillow cases of surface embroidery, she discovered hardanger when in 1978 she joined the Nimble Thimbles Guild, a branch of the Saskatchewan Embroiderer’s Guild.  This opened up a whole new world for her to discover that there are 30 different kinds of embroidery.

After several workshops in Saskatchewan she joined the Embroiderers Association of Canada about 2002.  She has tried nearly all 30 kinds of embroidery, and still comes back to hardanger as a favorite to have around to pick up whenever she wants to do a little stitching here or there.  Every 5 minutes of waiting on someone makes a difference in getting her project done.    But another favorite of her is Landscape painting.  This form of embroidery is the kind that when you start, you want to stay with it, without interruptions.  So generally she has both styles on the go at the same time.  When she took classes of new kinds of embroidery, she would try to make them applicable on shirts and blouses, so people could see the different kinds of embroidery, for example:  Brazilian, Bargello, Ribbon, Blackwork and Cut work all lend themselves to being put on clothing.

The newest thing is mixing techniques and mediums.  Her interest in hand embroidery also comes from the worry of losing the art, especially like Bobbin Pin Lace.   So she wanted to learn as many different kinds of embroidery before they were lost all together.  Now that she is involved with the EAC, she is not so worried anymore.  She has passed on her interest in embroidery to her daughter, but unfortunately not to her granddaughters.

Because embroidery is so relaxing, she just has to have a needle in hand regularly.  She loves creating artwork and it can sometimes be very addicting.  She has ventured also into other crafts:  Wheat straw Weaving, Quill work, beading, and Easter egg painting.  Another reason for her interests come from my ancestral heritage:  She is ½ Belgium, ¼ French and ¼ British, so laughingly she says she is all Ukrainian, which she dearly loves because of their wheat straw weaving, egg painting and embroidery.

Marcella has won third prize Viewer’s Choice at EAC seminars twice, and second for Seminar theme once.  She has entered two pieces in Ontario’s Threadworks Show, one of which she sold for $400 to somebody from Switzerland.  As a landscape artist she has been influenced by well-known teachers, Margaret Vant Erve and Tanja Berlin.

Marcella lives in a passive solar heated house on a beekeeping farm at Cut Knife, Saskatchewan where she gardens, raises chickens and works professionally as a Reflexologist. 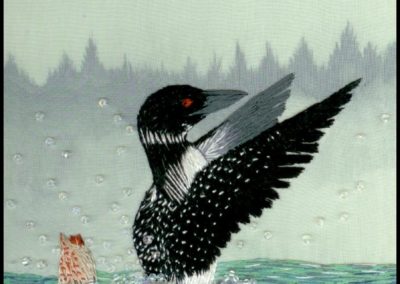 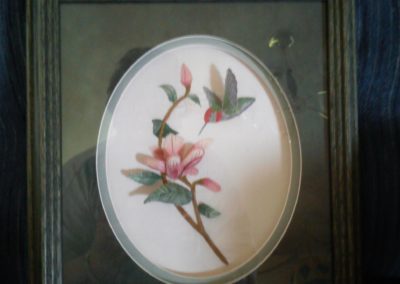 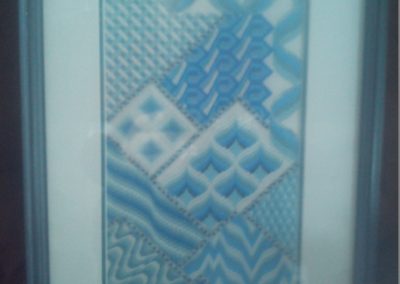 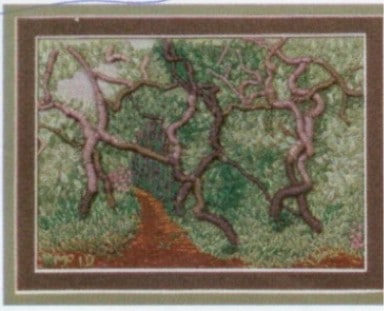 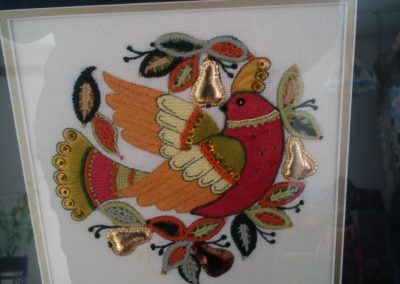 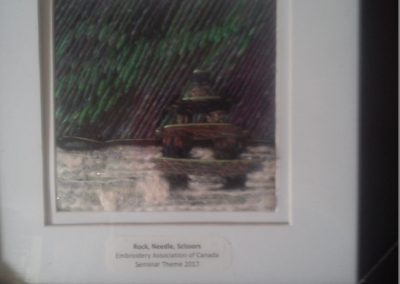 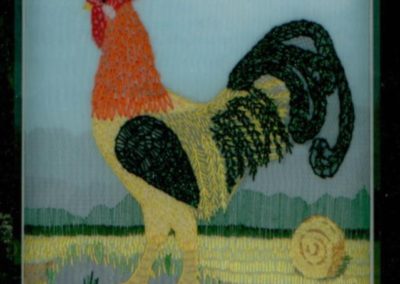 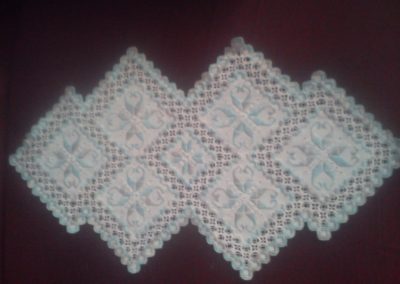 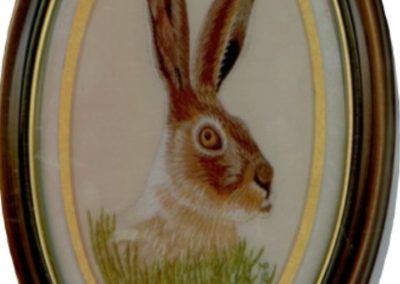 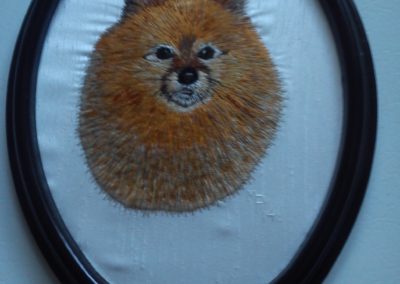 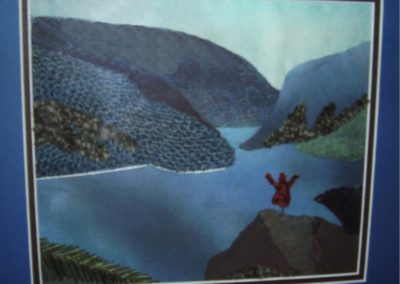 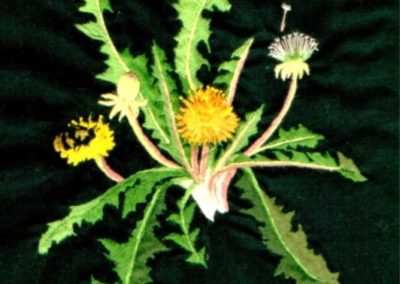