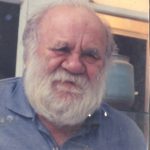 Folmer Hansen, of Hansen- Ross Pottery which operated in Fort Qu’Appelle from the late 1950s to 2005, died in Echo Lodge, Fort Qu’Appelle on Sunday, October 19th, 2014. It was Folmer’s request not to have a funeral service. He will be cremated and interred in Lakeview Cemetery, Fort Qu’Appelle. Folmer Hansen was born in Denmark. Leaving family behind, he immigrated to Canada in 1957. Apart from a host of valley friends and countless worldwide Hansen-Ross collectors, he is survived by a special friend Lee-Anne Schmit. The Tubman Funeral Home will host a memorial book signing at 204 Company Avenue in Fort Qu’Appelle on Thursday, October 30, 2014 between the hours of 10:00 a.m. and 4:00 p.m. Friends of Folmer will have the opportunity on this “come and go” day to have a coffee and a Danish pastry. Friends are encouraged to bring one of Folmer’s ceramic art creations to be photographed for the Everlasting Memorial® established in his name at www.tubmanfh.com . Friends from afar will be able to forward Hansen-Ross creations by email in .jpeg format to tubman.funeral.home@sasktel.net . On line memories of Folmer may be made at www.tubmanfh.com.