She works intuitively using her imagination and her own photography of the Saskatchewan prairies and northern lake country, to create her designs. 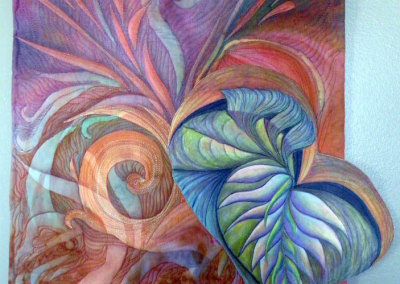 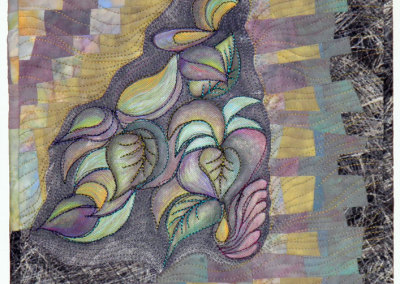 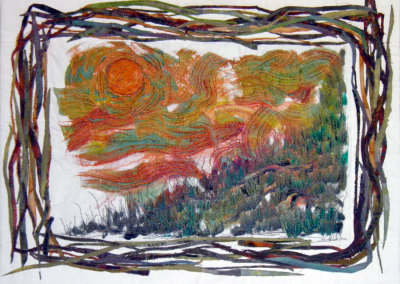 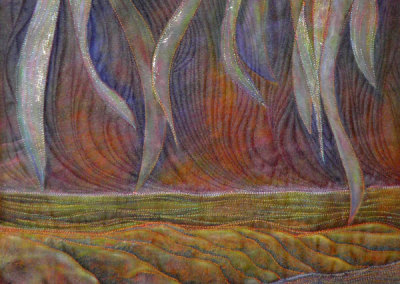 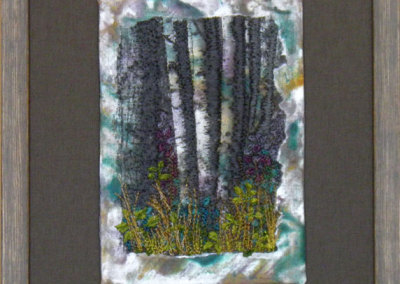 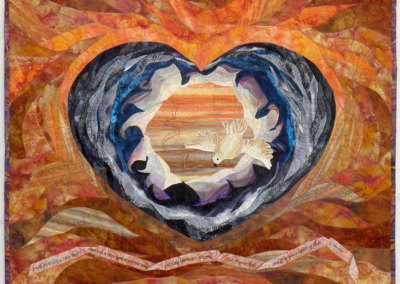 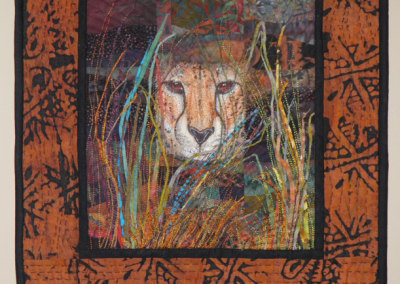 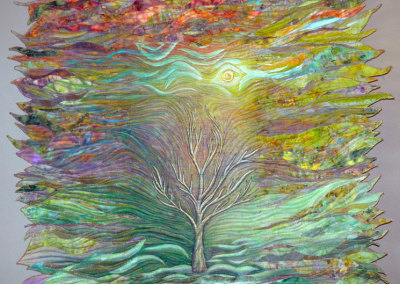 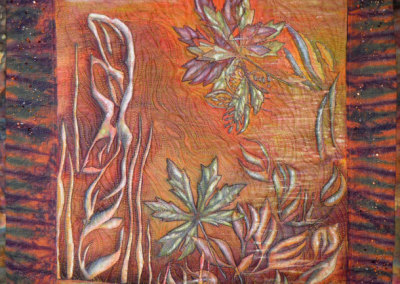 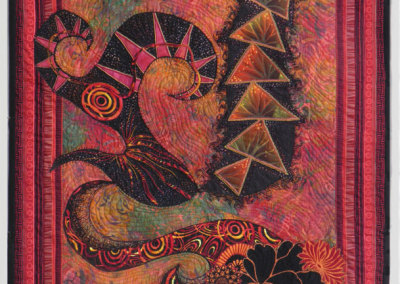 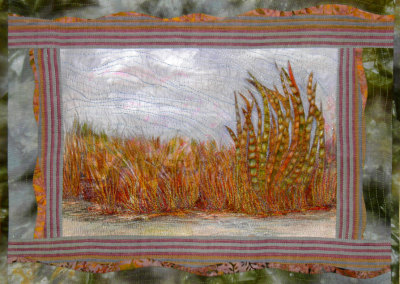 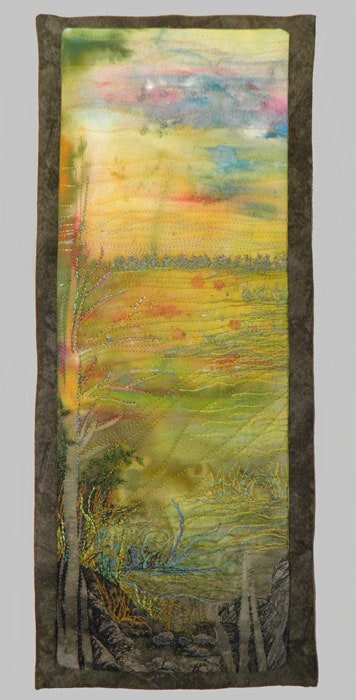