I was born and raised on a farm west of Saskatoon. I attended the University of Saskatchewan and worked for 3 years on a Bachelor of Fine Arts degree that focused on painting. I was also learning crafts by helping my mother attend craft shows as a teenager in the beginning years of the Saskatchewan Crafts Council organization. I married a farmer north of Biggar, Saskatchewan and continued exploring craft mediums.  As my mother’s interest in pottery changed into fibre, I moved from making pottery jewelry into transforming my mother’s weaving into jackets with hand knitting. When mom changed gears again and left weaving to become a felter, our paths diverged and I remained with woven materials.

I have a deep appreciation of the beauty and durability of wool and silk and restrict myself to these materials for my fibre art.  Mom and I supported each other artistically, technically and emotionally in our exploration of this medium. I am self taught and would describe what I do as painting with a sewing machine.

I am focusing more on wall hangings and liturgical art these days. My material is hand dyed, machine embroidered and quilted.  Much of it is re-purposed, recycled fabric from second hand stores, although these days I am also purchasing new material in order to get the width of skies or yardage for large projects. Fibre as a medium has an earth and air quality to it because it absorbs light rather than reflecting it like paint and photography, and that is part of what inspires me every day. 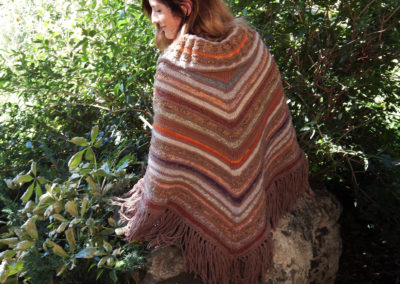 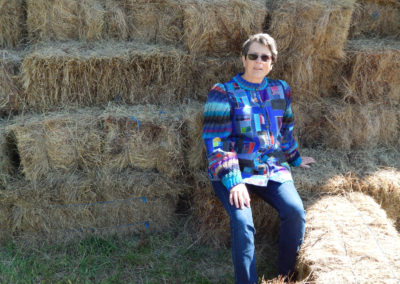 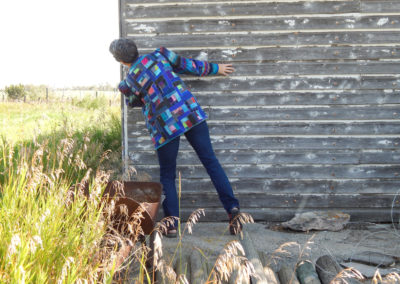 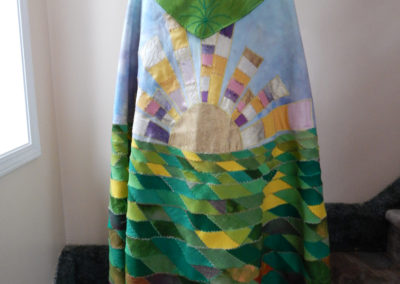 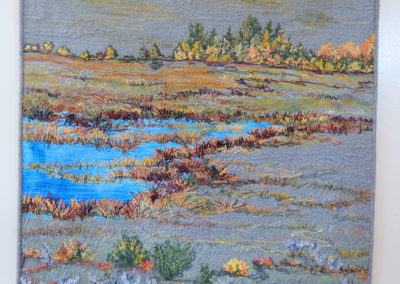 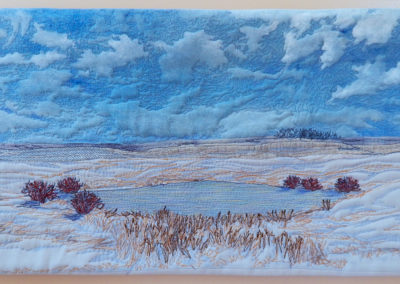 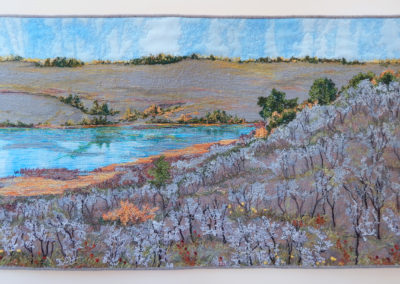 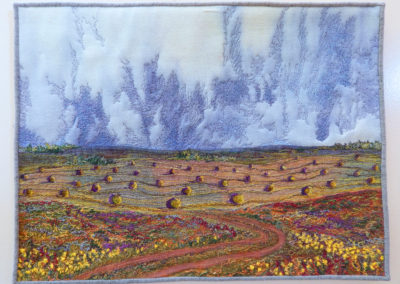 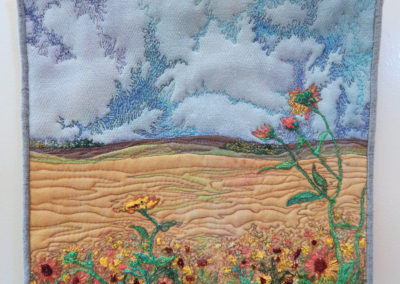 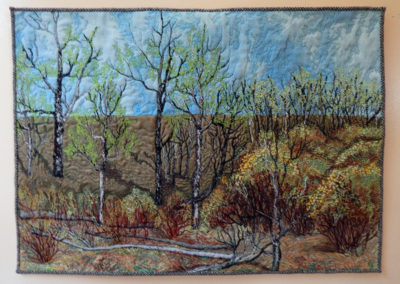 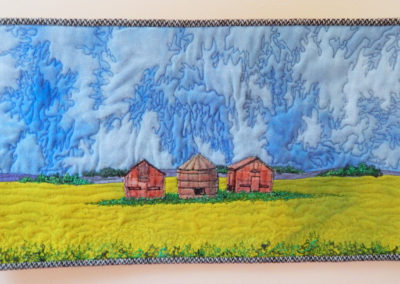 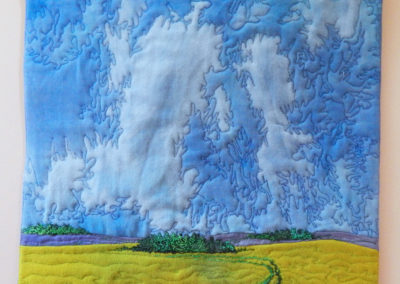