Biography
Jenny-Lyn Fife is an Art Jeweller who recently moved to Saskatoon from her home province of Ontario. She graduated from the Nova Scotia College of Art and Design (NSCAD) in 2011 with a BFA, Major in Textiles and concentration in Jewellery and Metalsmithing. She has studied art formally since childhood and has received several acknowledgements and awards, most notably the Governor General’s Silver Medal as a student at NSCAD. In 2013, she was awarded the Women’s Association of the Mining Industry of Canada Scholarship by Craft Ontario for her achievements and development within the jewellery field. She has spent five summers as a Metalsmithing instructor at prestigious camp Laurel in Maine, USA.
Artist Statement
The fascination I have held for the natural environment has remained a vivid source of inspiration throughout my life. Summer retreats to my family’s cottage in northern Ontario, as well as travels hiking and canoeing through backcountry in various locations have developed my appreciation of the inherent beauty found there. The connection and serenity I feel in the outdoors has led me to reflect upon the forms and structures found along the way. I take an intimate look at the naturally occurring patterns, geometry, delicacy, strength, colours and lines involved. I enjoy fusing these characteristics with the parallels I draw from architectural forms. The resulting jewellery and hollowware work is an abstract interpretation of these comparisons in a considered exploration of the elements and principles of design.
The effortless appearance of sweeping structures and curved lines found in natural and architectural systems are infused in my work. Inspirational influences include forces, such as wind, water and growth patterns, as well as architectural aspects of bridges and arches. The inherent sense of motion, rhythm and balance in an object’s underlying structure stimulates my creativity. At times, I draw on my textile background to incorporate colour and texture. A variety of threads and fabrics, such as silk and organza, are integrated into the metal jewellery forms to complement and convey the concepts. The interrelated forces of tension, movement and balance unite the intersections I perceive between the minute qualities of the natural world and the sizeable constructions of the man-made. The designed objects reference traits that are reminiscent of nature and living organisms harmonized with architectural elements. 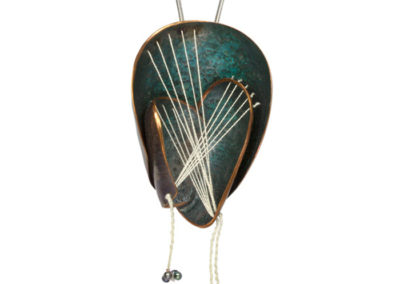 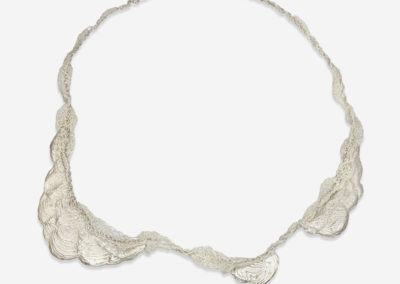 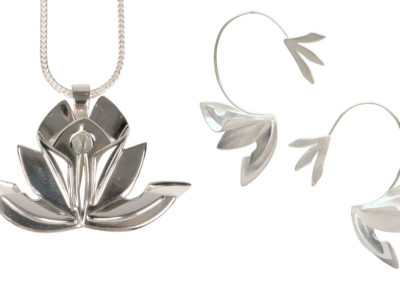 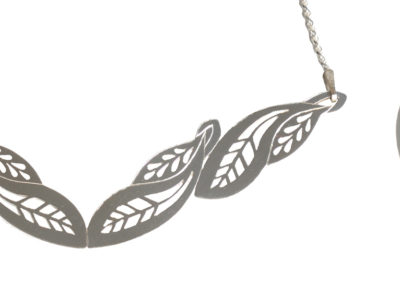 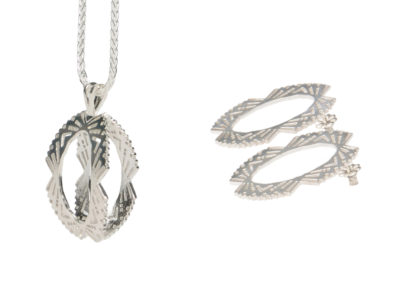 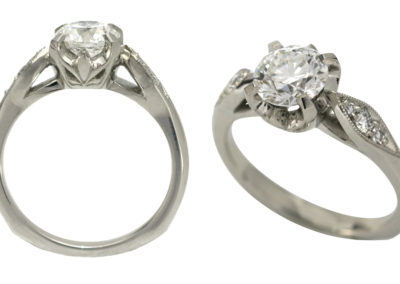 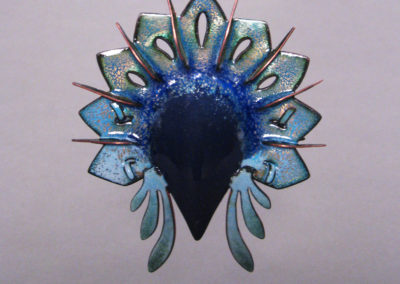 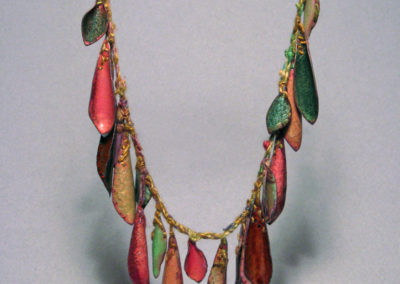 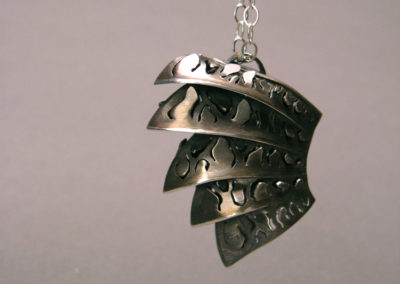 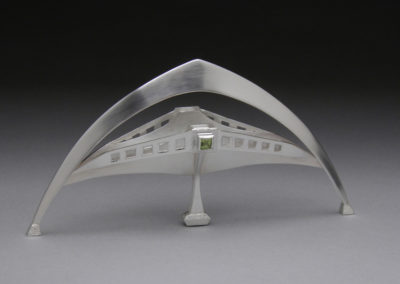 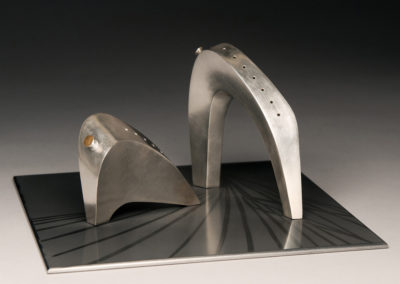 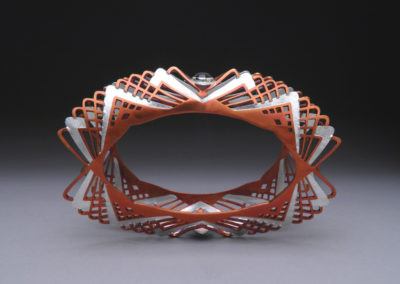