Members of the Saskatoon Spinners and Weavers Guild learning how to make Dorset buttons at a recent meeting.

Beginning in medieval times, a guild was an association of artisans or merchants who controlled the practice of their craft in a town. According to Wikipedia, guilds were organized in a manner something between a professional association, trade union, a cartel, and a secret society. Today a guild is more loosely defined as an association of people with similar interests.

The Saskatoon Spinners and Weavers Guild (SSWG) is a small group of women and men with diverse interests in handcrafted fibre arts related to the spinning of yarn, weaving, dyeing, and felting.  The SWG is one of the Saskatchewan Craft Council’s Organizational members. Many of the guild members are also Professional Craftspeople with the SCC showing their work in our Boutique.

The SSWG was formed in 1977 with the purpose to promote the crafts of weaving, spinning, dyeing, knitting, and associated fibre arts. Today there are twenty-three members. They hold regular meetings that include “show and tell” amongst the members, guild business, and programs including slide shows, lectures, demonstrations, and hand-on activities related to the fiber arts.

The SSWG also sponsors and organizes workshops, either informal groups learning a technique together or more structured classes. They have a variety of equipment available for members’ use including table looms, a drum carder, a rag cutter, and a spinning wheel. They also have a library of books, magazines, booklets, and DVDs all related to the fibre arts. The collection is impressive in both its breadth and depth.

A little bit of history

According to Greek mythology, Arachne was a talented mortal weaver who challenged Athena the goddess of war, handicraft, and practical reason to a weaving contest. Athena worked her loom to depict the gods seated in their glory upon high thrones while Arachne showed their amorous adventures. The goddess was enraged and beat the girl with a shuttle, driving her to hang herself in despair. The dangling maiden was then fittingly transformed into a spider.

The ability to produce string and thread was the starting place for the development of weaving, spinning, and sewing. Beginning about 10,000 BC, weaving skills were developed and each household produced cloth for their own needs. Weaving cloth remained an activity associated with the family unit for thousands of years and by the 11th century, many of the weaving patterns used today had been invented. In Europe and Central and Southern America, women were spinners and men weavers. In the 18th and 19th century, weaving in the western world became industrialized. Power looms no longer required brute strength, so workers were usually girls and young women. Today, all commercial fabrics are woven by machine in factories. However, traditional spinning, weaving, dyeing and felting continues to thrive.

An uptick in interest

Today there is a steady increase in interest amongst millennials in craft in general and fiber arts specifically thanks in large part to social media and readily available tutorials on sites such as YouTube. Unlike knitting and embroidery, which can be social activities, weaving often requires enough equipment to make it prohibitive to enjoy the craft in your local coffee shop or park. It therefore remains more of a solitary craft.

Why join a guild?

Guilds, both virtual and in person, help to bring groups of like-minded craftspeople together to learn from and support each other.  Mastery of the craft is not a requirement, in fact guilds welcome people of all skill levels. As members of the guild say, it is hard to convey the energy you absorb from being part of a group, particularly so when each member typically works on their own. For anyone interested in fiber arts, the guild is not just a tremendous resource, it is an amazingly generous group of people.

The Saskatoon Spinners and Weavers Guild is always welcoming new members. For more information, you may contact them by e-mail at saskatoonswg@gmail.com, on Facebook, or by calling (306) 244-5641.

For those who do not live in Saskatoon, there are three other Spinners and Weavers guilds in the province, in Craik, Prince Albert and Regina along with a provincial guild, the Saskatchewan Weavers and Spinners guild.

Are they a secret society? Do they have a secret handshake? You’ll have to join to find out. 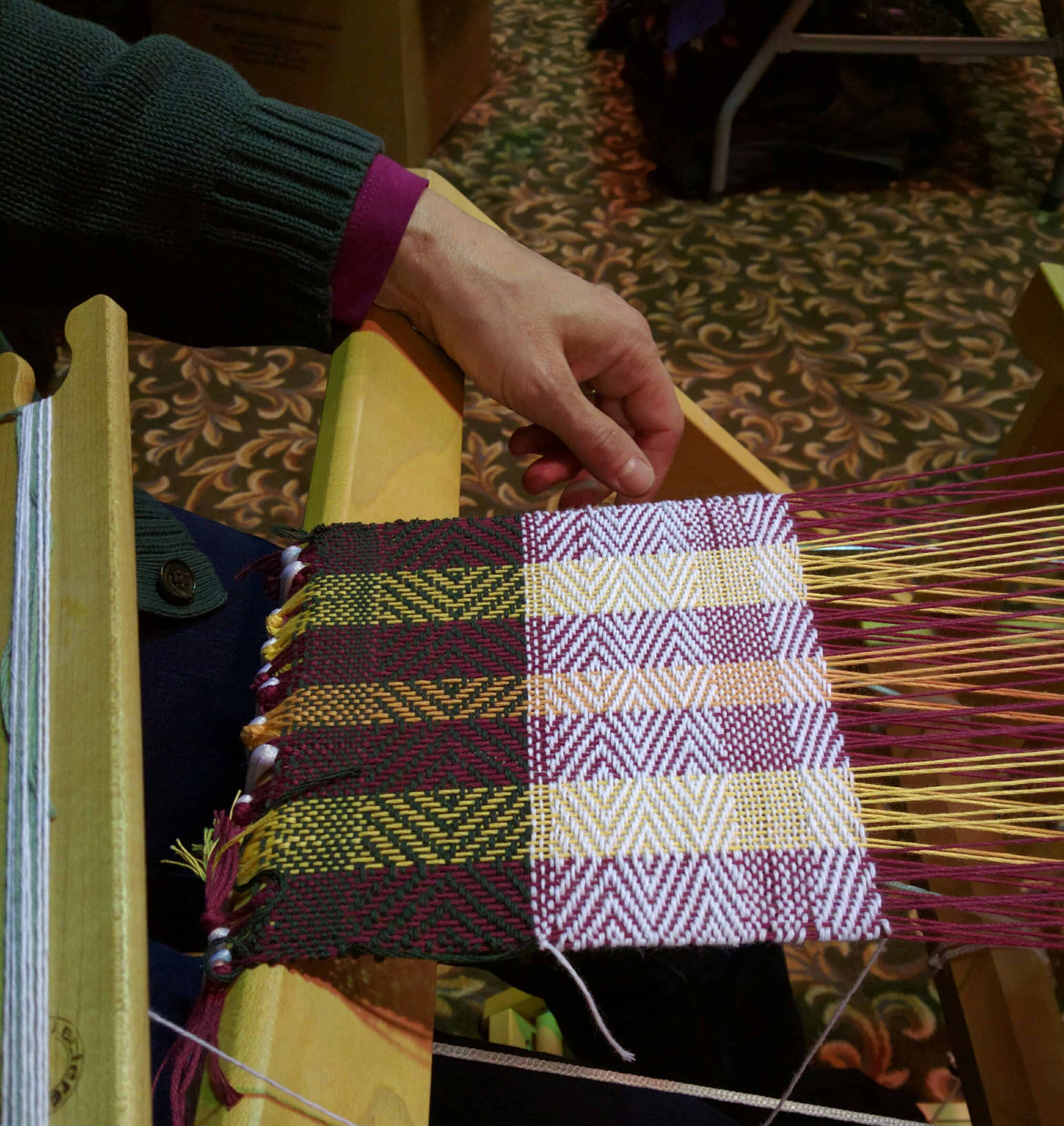 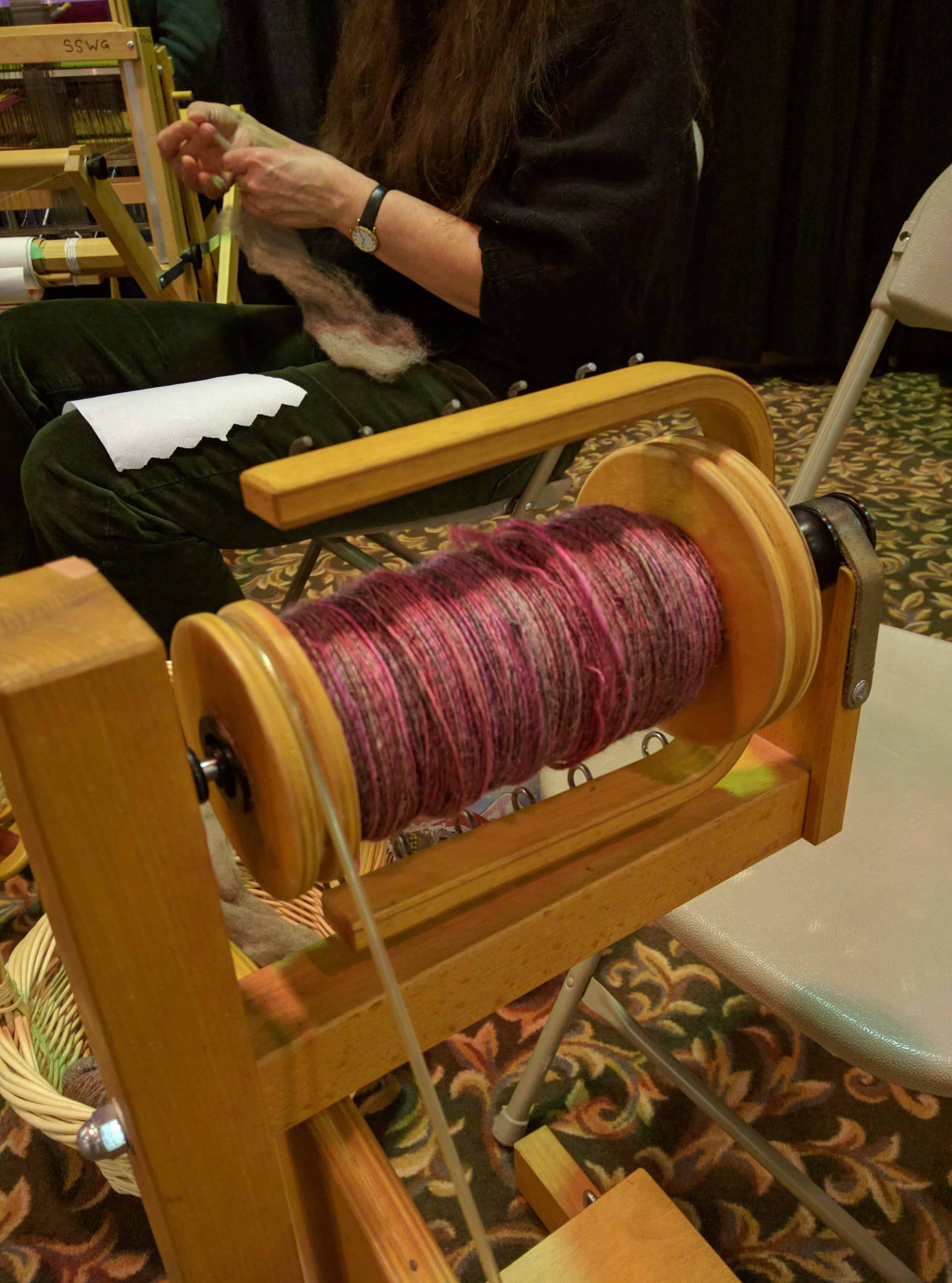 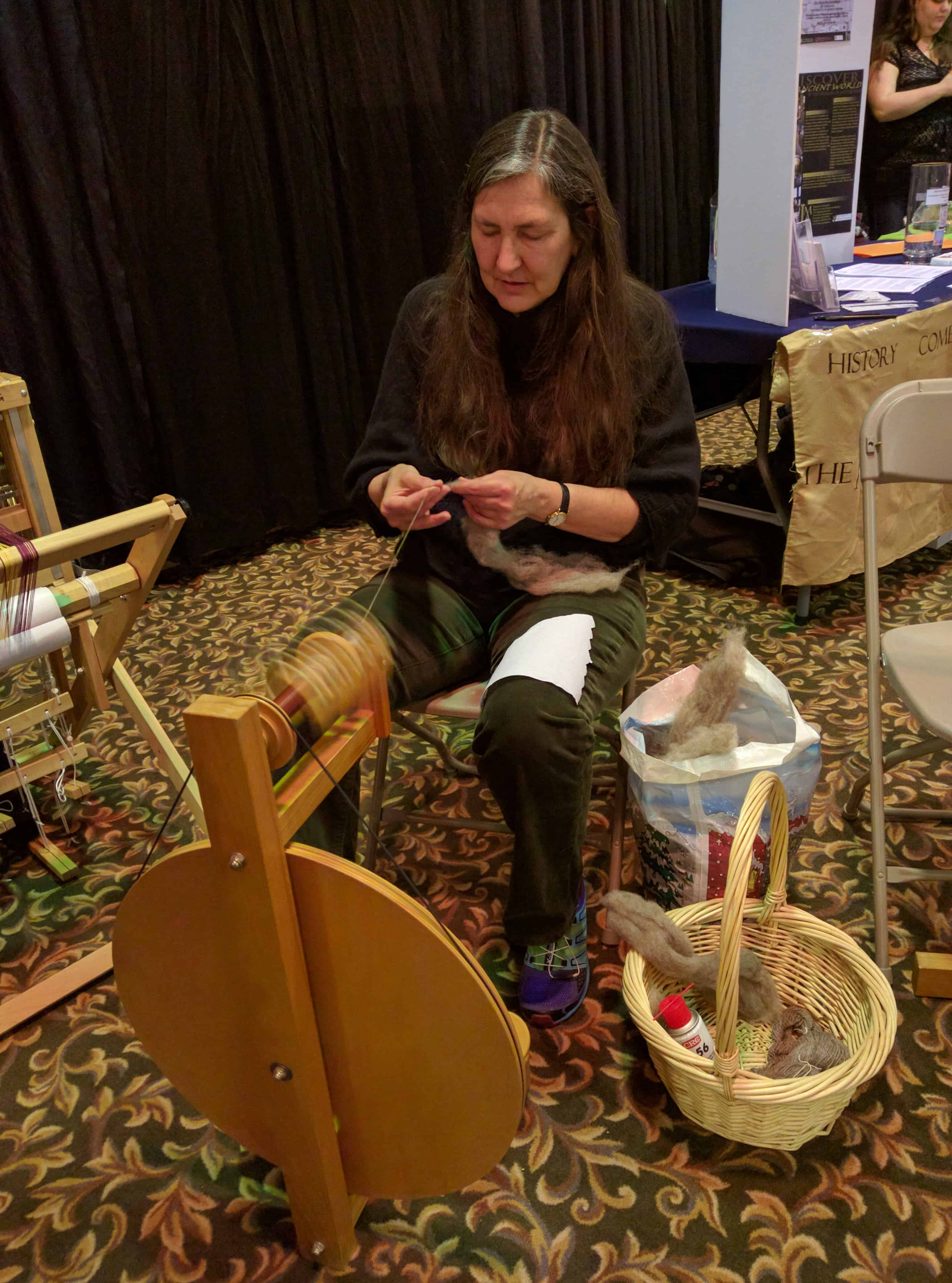 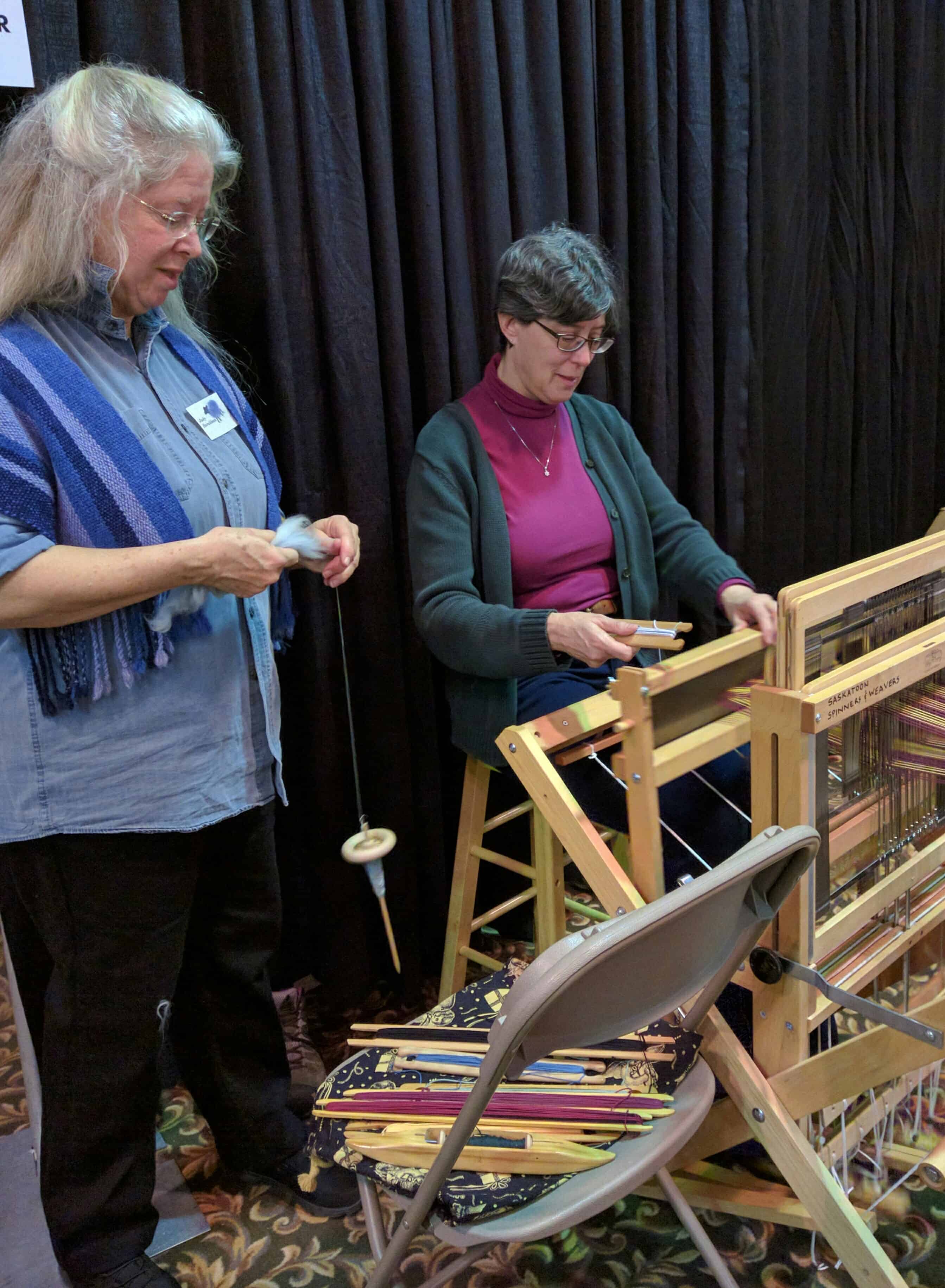 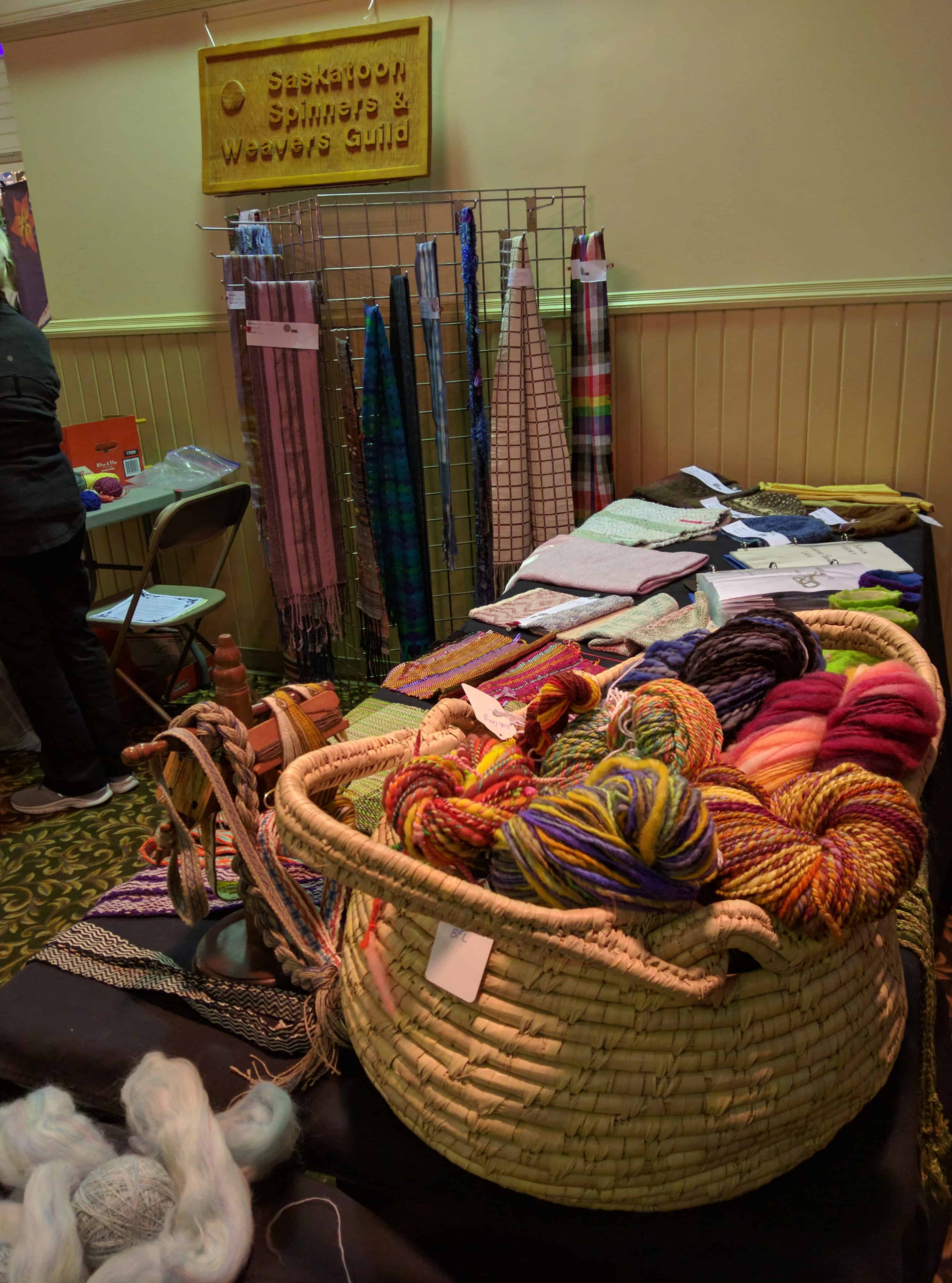